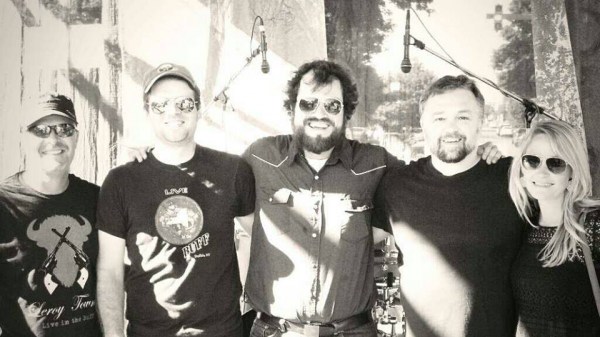 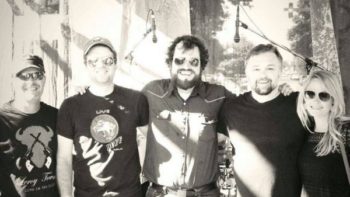 If you’re a fan of Americana or Alternative Country music and you haven’t heard of Leroy Townes yet, you’ve been missing out.

I spoke to Townes about the band’s history, creativity and future plans.

Can you tell me a little bit about the history of the band? I read that you’ve gone through a lot of personnel changes.

When I moved to Buffalo in 2007, it was like the old Neil Young line. I hit the city, and I lost my band. Most of the original members moved away to Wisconsin or Philadelphia. I met our current bass player, DR, at a gig at the Tudor Lounge. Then I met Jim Whitford, who plays steel for us, and Ray Hangen, our drummer, at the Sportsmen’s Tavern on Amherst Street. We play most of our shows in Buffalo there now. That’s pretty much our favorite place to play in town. It’s a fantastic venue.

The band is a mix between a lot of different musical genres and musical inspiration. It’s been something where, with the songwriting and what the band members have contributed, we’ve tried to create an original sound and an original space. We have stage names. We want the band to be born out of imagination, not ego. Sometimes it’s easier to accomplish that when you can be a character in your own story. I was just actually listening to the new Neko Case record, and Neko Case has these songs that seem like the only other thing they sound like are other Neko Case songs. I think that a lot of what we go for in the band is a really unique, imaginative songwriting space, where the songs sound unique to themselves and unique to our sound as a band. And I was really drawn to creating something like that, by drawing all these different inspirations from artists together.

What are your goals for the band?

We’re currently working on a new record, which we started at the beginning of this year. This will be our fourth record, but our second record together with the current members of the band. We’re also playing shows. That’s really become a driving force. We took a short tour to North Carolina last year that was a lot of fun, and we recently started playing the second Saturday of every month at the Sportsman’s Tavern. So that’s become a real driving force. Just making those shows something memorable and unique. We get to play a lot of cool places. We get to play Larkin Square on the 18th and a really interesting place on September 15 called the Pollywog Holler near Alfred, N.Y. I’ve described it to people as being one half Woodstock and one half Lord of the Rings. It’s a really bizarre, off-the-grid location. It’s quite a drive to get out there, about two hours from Buffalo, but you have never been anywhere quite like it.

What is your proudest moment?

I think it was the release of this last record Little Bit of Light. We recorded the record nextdoor to Sportsmen’s at their studio. When we released it and had the release party at Sportsmen’s, the place was slammed. It was standing room only, and it was a really exciting moment because I feel like we found our sound that we have now with this group of guys. The current lineup of the band has been my absolute favorite group of guys that I’ve ever played with. We just have a lot of fun creating together. We have a lot of fun in the studio, we have a lot of fun when we rehearse, and we have a great time performing for people. The release of this most recent record and getting to play all these shows in Buffalo and the surrounding areas to support it has been my proudest moment.

What draws you to creating music?

I grew up in the country, and I started playing music in high school. I was drawn to vinyl records when I first started listening to music, mostly because of the art of the vinyl records, so I started listening to older sounds like Neil Young, Led Zeppelin, Paul Simon and Bob Dylan. I was just really drawn towards the organic, acoustic sound and the whole idea of writing songs and songs being spaces for lyrics and for melody. As I was saying before, really a unique place for a listener to be so you can have that feeling that you only get from a certain band or a certain type of sound.

What are your future plans for the band?

As of now, we’re focusing on playing shows, getting out there, maybe looking for some different venues to play where we fit and playing music in different places. A lot of what we’re doing now, too, is playing with other bands in the area. That’s been another great thing. Getting to know guys in other outfits. You work together as musicians, but you also form these deep, meaningful friendships. One of the best friends of the band is Dee Adams. She sings on some of our records, and she’s been a great friend of the band. Ten Cent Howl is another band that we’ve made a connection with, and it’s just been really great to get to know these different groups around Buffalo and people who are writing new music. It’s really exciting because these aren’t people who are relying on old music or cover bands or anything like that. [They’re] people who are actively being songwriters, and it’s a great community to be part of.